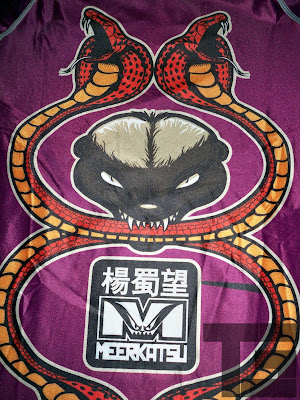 I am lucky enough to be one of the few people chosen to review a pre-production sample of the Honey Badger Rash Guard - a design that has come from the mind of BJJ uber-blogger Meerkatsu, and constructed by (not officially open for business yet) Armourtech; a custom clothing company owned by Tatami Fightwear. 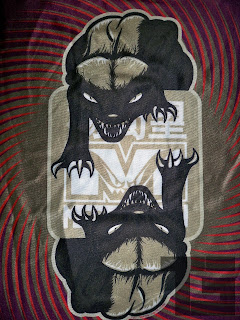 The rash guard is a really nice shade of purple - think Lakers purple but a little deeper. The underarms & alternative colouring have been done in what I can only describe as a dark gold/ gunmetal colour (despite looking grey in the pictures), and I'm a huge fan of the actual honey badger artwork itself. The honey badgers and cobras have been done in typical Meerkatsu style; they're bold, bright and polarising. The tagline for the honey badger is that "he don't give a shit", I'd suggest anyone who purchases the rash guard to adopt a similar attitude - you may love the artwork, but be fairly certain that in any class there will be one or two people who have something to say about it. I hate the Marmite analogy; it has become such a cliche...but it's pretty fitting when it comes to the appearance of this rash guard.

What can't be argued however, is the quality craftmanship that has gone into the appearance of the rash guard. I've included a photo of the Seymour Yang/ Meerkatsu copyright that is on the edge of one of the honey badgers. These characters are only 1 -2 mm in height, but are still perfectly legible! That's astounding for a dye sublimated rash guard - a technology that is famous for sometimes causing "bleeding" of colours. 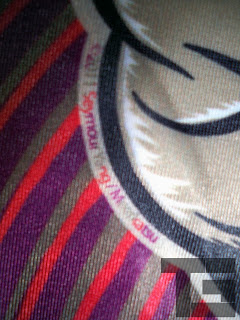 When I first took the rash guard out of the packet, I was seriously concerned about the rubber Armourtech insignia on the front; I thought to myself that it couldn't possibly be comfortable. Thankfully, they seem to have made it from an incredibly soft rubber, and stitched it on well so you don't even feel it when wearing the rash guard. Which leads well to my next point...wearing the rash guard 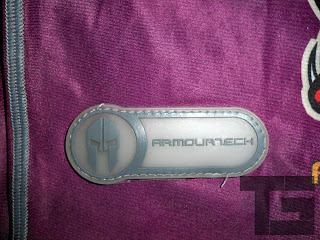 Truth be told, if I was told to choose, I would have picked a short sleeved rash guard over a long sleeved one every time...this rash guard may have changed that. The material on the underside of the sleeves seems to make them hug very tightly to the arms. Added to this is the fact that the cuffs have been elasticated in such a way that they are very snug, stopping the sleeves from riding up or giving you that horrible baggy sleeve feeling that I hate in a rash guard. The rash guard is a little on the long side, but again the elasticated cuff at the bottom means that it holds very closely and comfortably to your body. This rash guard is fantastic for rolling in - it does not move an inch meaning that you never have to deal with it riding up. Instead it stays put and stretches comfortably. This comes at a price though - it is difficult to take off. You find yourself (at least I did) having to really pull on it to get it off. In terms of general comfort, this rash guard really shines - I would go so far as to say it passes the John Danaher test (can be worn comfortably all day). Also, it doesn't bunch up/ pinch beneath the armpits as was an issue with the Hayabusa. 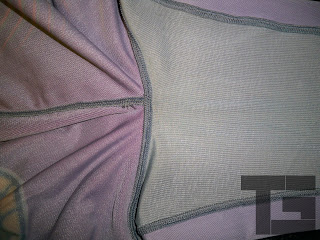 So there you have it. I'm going to put my neck out here and say that this is my favourite rash guard in my collection (granted I only have four at the time of writing). It looks good, feels good and rolls good. If you're paranoid about how everyone thinks you look in class - avoid this rash guard as you'll get a lot of looks and they won't all be nice. If you want a reasonably priced rash guard that has bold colours, brilliant art and performs better than the market leaders, pre-order it now! Head over to the Honey Badger Facebook Page for full details on how to pre-order in your respective area.


Many thanks to Honey Badger Fightwear for supplying this rash guard for review. It is important to note that this is a pre-production sample and has been subject to some minor changes for proper release.
Posted by TCG at 13:44